Human memory is an intriguing thing. On the one hand, we forget things all the time. On the other, there are things we never seem to forget. How could this be though? Memory researcher Flavia Schechtman Belham explains. 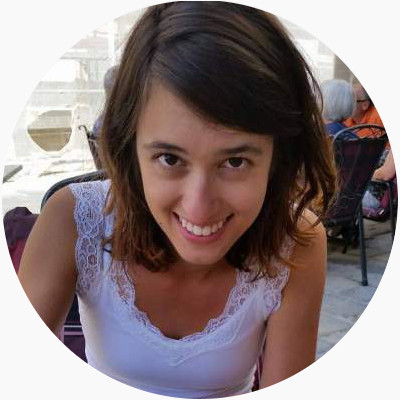 Flavia is a Brazilian biologist working on memory and ageing at the UCL Institute of Cognitive Neuroscience. When not busy with her research, she likes to get involved in the organization of science events and festivals in different cities. No less important, she has a love for monkeys, travelling and chocolate desserts.

Our understanding of human memory was revolutionized in the 1950s, when neurosurgeon William Scoville operated on Henry Molaison’s brain. Henry used to suffer from severe epileptic seizures, until Scoville removed the left and right portions of his hippocampus, a structure in the shape of a seahorse towards the medial temporal lobe of the brain. Hippocampus functions weren’t fully understood at the time, but the surgery was successful in its primary goal: Henry’s seizures were greatly reduced. But so was his memory!

To investigate the case of Henry Molaison, a group of neuropsychologists, led by Dr. Brenda Milner and Dr. Suzanne Corkin, worked with Henry over many years, asking him to perform different memory tasks. Each time the researchers met Henry, they had to re-introduce themselves and explain the task again, because he simply didn’t remember having seen those people or having done that task before. Surprisingly, however, his performance on some of the tasks kept getting better! In a paper from 1968, Dr. Corkin reported that:

H.M. performed 39 trials on a mirror-drawing task and showed steady improvement (indicated by reduced time and error scores for both hands) over a three-day period, although on the second and third days he was not aware of having done the task before.

But how could this be? How was it that Henry was unable to create new memories and yet improved on some memory tasks?

After several studies, many researchers started to suggest that memory is actually formed by separate, though interacting, classes of memories. Some memories can be kept for decades, even a lifetime. These are called long-term memories. The general knowledge that you have, like the name of the current president of your country or the fact that monkeys are mammals, these belong to the part of your long-term memory called semantic memory. Likewise, events that you’ve experienced in your life constitute what are called episodic memories, like the party your friends threw for you last year, or how you felt when a loved one passed away. The common feature between semantic and episodic memories is that you are able to talk about them and consciously recollect them. Because of that, they belong to the class of explicit (or declarative) memories. These are the types of memory that Henry lost and couldn’t create after his surgery.

The twist in the tale was that Henry’s brain was still able to build another group of memories within the long-term memory class, called implicit (or non-declarative) memories. They receive this name because the information stored is retrieved without conscious awareness. Usually, they are formed after the repetition of movements and encounters with a certain stimulus and are automatically retrieved every time you see that stimulus. In the case of motor skills like riding a bike, the motor cortex, located on the frontal lobes, is involved in the execution of the movements of your limbs. This area of the brain is directly connected to the cerebellum, located close to where the spinal cord meets the brain, and is responsible for learning behavioural responses. Once you start learning how to balance and move your legs on a bike, that information is stored in the cerebellum. When you try to ride a bike again, all that knowledge will automatically be recovered from the cerebellum and your motor cortex will respond appropriately.

So, even if you spend years without riding a bike, playing an instrument or swimming, next time you see a bike, a guitar or a lake, what you learned the first times you tried those activities will automatically and effortlessly come back to you. These are the types of memory that Henry did not lose, and that allowed him to improve on certain memory tasks, like the mirror-drawing task.

What does all this mean? It means that an explicit memory requires the presence of the hippocampus and more complex cognitive processes, like attention and conscious recall. On the other hand, implicit memories make use of structures that were spared in Henry’s surgery, and are created by retaining connections between sensory stimuli and behavioural responses. That’s one of the reasons why it might be easier to remember what you learned twenty years ago, such as how to ride a bike, than to remember where you left your keys five minutes ago. And maybe it’s time for me to finally learn how to ride a bike, too. After all, some things, when learned, are never forgotten.