The United States Capitol. By Insightfulpix [CC BY 2.0]

Racism and discrimination are at the forefront of today’s political controversies in America. Both have, at one point or another, been confirmed or dismissed upon the wording of the 14th Amendment to the US Constitution. UCL historian Adam Smith discusses the past and future of the Amendment that Donald Trump and others want to repeal. 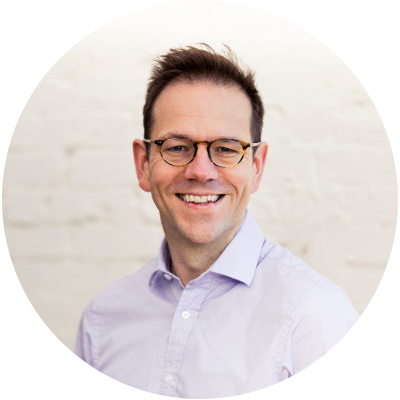 Adam is a Senior Lecturer in American history at UCL and a frequent broadcaster on BBC Radio 4. An expert on the nineteenth-century United States, he is the author of several books, including No Party Now: Politics in the Civil War North, published by Oxford University Press.

In December 1955, at the Holt Street Baptist Church, Martin Luther King, Jr., made a speech that he intended, he later said, to “be militant enough to keep my people aroused to positive actions yet moderate enough to keep this fervor within controllable and Christian bounds.” This was a balance he would strike again and again over the coming years and he did it by reminding his audience that the black freedom struggle was no more than a plea to be given what they had been promised. “If we are wrong, the Supreme Court of this nation is wrong. If we are wrong, the Constitution of the United States is wrong. If we are wrong, God Almighty is wrong.”

When King spoke of the “Constitution of the United States” — the set of rules whereby the country is governed — he wasn’t referring to the document written by bewigged gentlemen farmers and lawyers in Philadelphia in the aftermath of the Revolution. He was referring to an Amendment to that Constitution passed in very different circumstances in the aftermath of the American Civil War (1861-1865). That Amendment, the 14th, was passed by the Congress of the United States — the country’s national legislative body — in 1866 and ratified in 1868, and without it the course of the Civil Rights movement would have been dramatically different. The original Constitution didn’t define citizenship, nor did it give any guarantees of equality. But the 14th Amendment enabled any group of Americans to turn to the Federal government if they faced discrimination and gave them the legal tools to demand redress, just as King did on that December night in Alabama.

Probably the most extraordinary of the outcomes of the American Civil War wasn’t just that slavery was abolished, but that within three years those former slaves were granted full citizenship and the equal protection of the laws. The basic claim of slavery, that human beings could be bought and sold as property like real estate or a horse, was possible in the ‘land of the free’ because the courts defined black people as so profoundly inferior that they were susceptible to enslavement. There was nothing in the Constitution to prevent the US Supreme Court ruling in 1857 that no black person could be a citizen of the United States. But the 14th Amendment changed this. Its first and most consequential section reads:

Context is crucial to understanding how this Amendment came to be passed. Former leaders of the South, defeated in the war and resentfully accepting the reality of slavery’s demise, passed laws designed to keep freed men and women in a position as close to slavery as possible. But the Congress in Washington, dominated by Republicans who wanted to “secure the fruits of victory”, and genuinely anxious that the South would rise again, revolutionized the Constitution to give themselves and the President the power — and indeed the responsibility — to intervene to protect the rights of black people, who were now for the first time defined as being citizens.

As a direct result of the 14th Amendment, more than 1500 African Americans served as judges and held elected office in the South in the years after the Civil War. For two years there was even a black lieutenant governor of South Carolina. But — and this is a familiar story — by the early twentieth century these gains had been reversed. Southern states, and indeed some northern states, took the vote away from black people in indirect ways — through poll taxes, or literacy tests, or a requirement that your grandfather had been a voter. As the great black intellectual W.E.B. Dubois wrote: “the slave went free; stood a brief moment in the sun; then moved back again toward slavery.”

The main cause of this great unraveling was the often-violent determination of Southern whites to reassert total racial supremacy, through laws disenfranchising black people and imposing so-called “Jim Crow” laws — a sweeping system of racial apartheid. But the white South could do this only because the US Supreme Court systematically undermined the 14th Amendment. The culmination of this judicial counter-revolution was the 1896 Plessy v Ferguson decision that decreed segregation entirely compliant with the 14th Amendment on the utterly fictional grounds that there was nothing inherently unequal about separation. Yet the Amendment was still there, dormant. Without the 14th Amendment there could have been no Civil Rights Act in 1964 or Voting Rights Act in 1965 — those drastic Federal interventions in state-level law — making would have had no constitutional basis. Had a new amendment been needed to enact King’s agenda, there was a blocking minority of Southern states to stop it. The result would have been far greater political impasse, perhaps more bloodshed, perhaps even a new civil war.

This story, central to modern US history as it is, barely scratches the surface of why the 14th Amendment matters so much. It was the basis of the Supreme Court’s recognition of gay marriage; it forms the grounds on which the Federal government is seeking to overturn state laws discriminating against transsexual people. No marginalized group in modern American history could have appealed to the Federal government for redress without it.

And yet today there are calls to repeal this revolutionary Amendment, mainly from conservatives who dislike that clause about “all persons born” in the United States being citizens. One of the great examples of unintended consequences in the history of politics, it was designed as a way of ensuring that former slaves were included — but what about the children who are born in the US of parents who crossed into the country illegally? This is at the heart of the current US debate about immigration.

One of the peculiar features of US politics is how, sooner or later, every political issue becomes a constitutional issue. Gun control, abortion, school prayer, campaign finance, gay marriage, race relations — and now immigration. All these things are substantive policy questions in their own right, but it is hard, in America, to talk about them only on that level. The 14th Amendment is not the only part of the Constitution that matters, but as the revolutionizing measure that gave the national government responsibility for the rights and privileges of everyone, its presence, for better or worse, lurks everywhere.