Photo of colourful pills by freestocks.org on Unsplash

Medicine with no side effects? In this article, Dr Christina Picken provides a fascinating insight into how polymers can reduce the negative impacts that otherwise much-needed medicines have on the body. 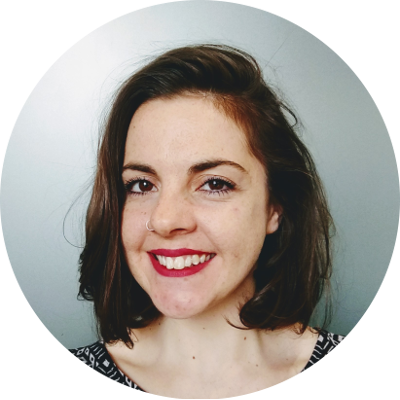 Christina has just finished her PhD in Pharmaceutical Chemistry at UCL Institute of Cardiovascular Science. Her research spans organic chemistry organic chemistry, polymer science, formulation science and clinical research. She continues to follow her enthusiasm for biodegradable polymers as a postdoctoral researcher at UCL.

Have you ever taken an ibuprofen or a paracetamol for something like a headache and wondered how it knows where to get to? To a small drug molecule, our bodies are one big maze and getting medicine to the right place in your body, be it the liver, heart or lungs, is a huge challenge for pharmaceutical makers. With our network of tissues, blood vessels and nerves, it’s easy for drugs to take a wrong turn and end up in the wrong place which has the potential to cause unwanted side effects.

Depending on the drug compound and the tissue or organ it ends up in, the side effects can range from mildly irritating, such as your skin appearing blotchy, to life-changing, such as your hair falling out, to something as seriously life-threatening as liver toxicity. For some medical therapies, the side effects limit the dose of the medicine a patient can take which reduces their potential for symptom treatment or recovery.

Helping drugs navigate to the disease site in order to optimise treatment for patients is the challenge that pharmaceutical scientists try to overcome. One of the problems limiting drug molecules is their size. Small molecules can easily cross barriers between different organs; sometimes by squeezing between the cells that line your organs and sometimes by piggy-backing onto proteins which are able to cross into the cells and out the other side. However, while this may seem beneficial, when a dose of medicine is taken by the patient, this drug ends up in lots of different tissues where they unintentionally interact with cells and proteins to cause side effects. Furthermore, because they are so small, they are far too easily removed from our bodies by our kidneys in our urine.

Large molecules find it a lot harder to cross our tissue membranes and are not as easily removed by our kidneys. Once they reach the biological highway which is our blood stream, large molecules remain in the bloodstream longer than small molecules. By linking small drug molecules to large molecules 10 to a 100 times their size, we can increase the length of time the drugs stay in the blood and prevent them from crossing into organs. This has been achieved by attachment to natural compounds like blood proteins, viruses and parts of cells, but can also be achieved using synthetic compounds such as polymers.

Polymers are the term given to molecules that are linked together in a chain, much like beads on a string. “Poly” is the Greek for many, and “mer” is Greek for unit; therefore, the term polymer describes many chemical units, known as “monomers”, linked together. The monomers can be many different types of molecules. You may have heard of polyester, made of many ester molecules, or polyethylene which is a chain of many ethylene molecules. Polymers that you might be more familiar with include DNA, keratin in your hair, cornstarch, the non-stick layer of Teflon pans and the gel found in disposable baby nappies. So we use polymers for a variety of applications and our medical cabinets are no different!
Drug compounds can be linked to these polymer chains, either at the end of the chain or along the chain, often mixed with different compounds to help them dissolve in water. You can think of this like alternate beads on a string. Administering drugs attached to polymers increases their time in the blood system and prevents the drug from being removed from the body before it’s had an opportunity to exert its therapeutic effect.

An additional feature of using a polymer approach for the delivery of small drug molecules is that when the drug is linked to the polymer, the activity of the drug is masked, so it doesn’t produce as many side effects while it is transported through the body. By designing a method in which the bond holding the drug can be undone in a controllable manner, the site of drug release may be selected.

In chronic inflammatory diseases, such as pulmonary arterial hypertension, the blood vessels in the lung become inflamed and the cells release chemicals and proteins which promote the inflammatory response further. As part of this, cells grow uncontrollably and as they do, they consume more and more oxygen. As oxygen in the vessels are depleted, cells stop using oxygen altogether and switch to anaerobic respiration. The by-product of this, lactic acid, begins to build up, making the tissues slightly acidic. Anti-inflammatory agents are prescribed for patients with this disease but often the drugs work on all the blood vessels in the body, not only the diseased ones. As a result, side effects such as headache, diarrhoea and pain are associated with treatments.

By making the link between a drug and the polymer sensitive to acidic conditions, the polymer-drug complex can be transported around the body with minimal effects and as the polymer-drug enters the diseased vessels, the bond breaks and the drugs are released in the tissue where its effect is most needed.
Side effects of treatments are a huge burden for patients and methods to manage them include reducing the drug dose or prescribing more medicines for them. Employing polymers to mask drug activity where it’s not needed, maintaining the drug in the bloodstream and releasing them in the diseased tissues allows for greater amounts of therapy to be prescribed, less frequently and with fewer negative consequences.

Polymers such as DNA code for our very existence, others make up our clothing and are present in our food, as well as in its packaging. By altering the compounds used in the polymer, a variety of different functions can be achieved. Polymers have the potential to be used to make drug releasing implants, reducing the frequency of dosing administrations from daily to weekly (or even monthly!) They can be made sensitive to external stimuli such as light or magnetism and can react to diseased environments. Their presence in our daily lives is evidence of their utility and by including them in our medicines, they may be the solution we’ve been looking for in reducing life-limiting side effects.

Indigo: from blue jean dyes to next generation medicine

With its early usage dated back to more than 6000 years ago, indigo has served as an ...