A View of Paris from the Pont Neuf. By Nicolas-Jean-Baptiste Raguenet

Whilst the gap year has come to enjoy increasing popularity in recent years, it is no new phenomenon. Throughout the 16th, 17th and 18th centuries, the young elite of England and France undertook travels to and from the European continent, broadening their cultural horizons whilst reaffirming their patriotic superiority. What did these ‘Grand Tours’ look like, and what can they tell us about the modern ‘gap year’? 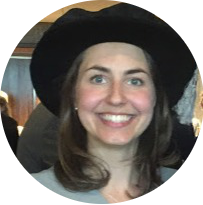 Emma has recently completed a PhD in French Literature at UCL. Her research looks at French travel in Europe in the sixteenth, seventeenth and eighteenth centuries. She is currently working on a volume entitled ‘The English Barbarian’ which explores this further in the example of travel to England. Away from the printed and manuscript travelogue, she enjoys classical singing.

Taking a ‘year out’ upon leaving school has become pretty commonplace for the English private school girl or boy. Even more commonplace is the decision to spend the year away from books, and venture on a so-called ‘gap year’. Fresh-faced and keen to throw off the shackles imposed by the rigid boarding school environment, eighteen-year-olds from some of England’s oldest educational institutions often use their newfound freedom to visit far-flung corners of the world. These ‘gap yearers’, embarking on a voyage of supposed self discovery, make contact with some of the world’s most underprivileged communities, exposing themselves to poverty and want.

But these travels are not, in truth, really about learning about other places and people, as has been repeatedly pointed out in TV series and spoofs. In 2010, the spoof video Gap Yah went viral. The actors wear string bracelets and baggy tie-dye garments. They speak with a private-school drawl about the locals they met, the spiritual experiences they had, and the alcohol they consumed. Its success derived from its accurate depiction of what young pre-university travels are now seen to represent: a skin-deep engagement with other cultures accompanied by excesses. The gap year does have an important cultural role to play: it encourages teenagers to become more rounded individuals, ready to embrace the opportunities and challenges of university life and, ultimately, the working world. However, there remains the sense that many (not all, of course) return with their English pride boosted alone.

Whilst the gap year has come to enjoy increasing popularity in recent years, it is no new phenomenon. In fact, it originates in both English and French travel practices from the so-called ‘early modern period’, that is, the sixteenth, seventeenth, and eighteenth centuries. In England, the “Grand Tour” saw the English elite travel to – what were in that period – distant continental countries separated from England by the treacherous English Channel. These travellers visited the great courts of Europe and indulged in the elaborate entertainment foreign nobility had to offer. In France, the young French nobility left the comfort of their châteaux and Parisian townhouses to cross “la Manche” and visit the booming urban centre of London with all its magnificent noble residences and growing centres of scientific excellence. For example, upon its founding in 1660, the Royal Society became a popular attraction for budding French scientists and nobles alike. As Pierre Jacques Fougeroux remarked in his 1728 travel diary, ‘the Royal Society of London [is] extremely famous and highly regarded’.

During this period, the young French elite could be educated by home tutors or in one of the new academies being established throughout France, which were not unlike English boarding schools. But travel abroad offered them something else. This was an “on-the-go” method of instruction. It gave the young elite the opportunity to acquaint themselves with foreign parts. Acquaint themselves they did, but always with a glance back to France and its supposed greatness. This was seen as important if they were to be successful future diplomats and generals in the French king’s service, fighting for French power in Europe. If the English Grand Tour could be labelled, “Anglocentric”, this parallel French noble travel was therefore what we might term “Gallocentric”. And, just like today’s criticisms of the gap years of the elite, Gallocentric travel attracted increasing judgement.

Facebook, Twitter and Instagram are, of course, the means used by today’s young travellers to record their experiences. Early modern France might not have had blogs, but the publication of travel books, a sort of early form of the Lonely Planet, was on the rise from the seventeenth century. In travel accounts written by French nobles returning from their visit to England, two features stands out prominently: the use of the stereotype of the “barbarian”, and the negative language associated with it.

As academics have noted, the label of the “barbarian” has repeatedly been used in history to create a sense of togetherness and superiority. The term was first used by the Ancient Greeks for those who didn’t speak their language. Today, we see the recycling of the term for the so-called Islamic State to strike a chord of solidarity and speak out against brutal behaviour. In seventeenth-century France, there was another application of the term: for the common Englishman and, by association, England as a whole. As one early commentator remarked on watching a hanging at Tyburn in London (present day Marble Arch), England is and always has been a ‘barbaric and foreign land’.

The idea of a barbaric England and the barbaric English began to gain traction in the seventeenth century. In his 1600 “Description of my travels”, the Duke of Rohan spoke of the English as a ‘cruel, vindictive, proud, suspicious people who are easily offended and forgive others with difficulty’. This damning appraisal clearly resonated with his fellow Frenchmen – Rohan’s travel account was published in 1646 and, in the wake of the execution of King Charles I,  later noble travellers felt justified in their judgements.

In the eighteenth century, the period now known as “the Enlightenment”, this stereotype no longer held common currency. This was the “Age of Reason”, a period in which conventional attitudes and ideas were challenged and debated across Europe. It was also a period which saw England rise as a power in Europe, starting to punch above its weight in the global race for empire. In France, the common belief that England and the English were barbaric came under fire by a new wave of travellers. One of these was the Abbé Prévost, perhaps best known today as the author of Manon Lescaut. In amongst the main narrative of his 1731 fictionalised travel account are a number of moments which see his noble protagonist question the French view of the English. The young noble Rosemont declares to his accompanying tutor that he is ‘charmed’ by England and its customs. ‘Is there anything’, he proclaims, ‘more false and unjust’ than the damning judgements of previous travellers? Elsewhere, Prévost made one thing quite clear: the young shouldn’t let preconceptions guide their travel. Instead, travel should be an eye-opening experience; an opportunity to overcome prejudices.

The opportunities for travel continue to expand, with countries on the other side of world well within reach. Travel as a means of education, particularly for school-leavers, also continues to be a popular rite of passage. But perhaps a gentle word of advice is in order: whilst self-discovery has a very important place, may the eighteen-year-olds of today not forget to dig deeper and explore foreign cultures. They will certainly return all the better for it. 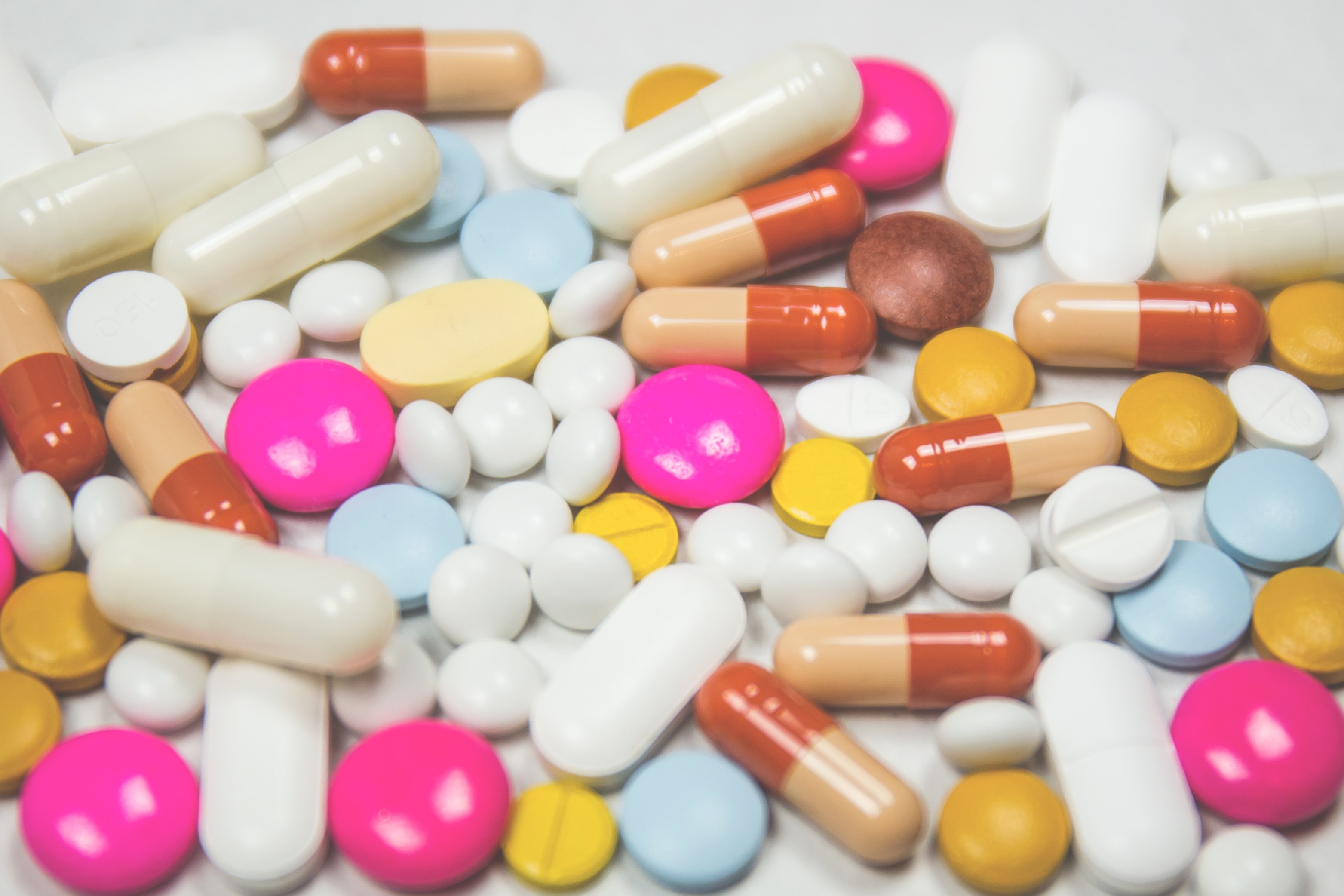 Medicines in Chains: Reducing side effects with polymers

Have you ever taken an ibuprofen or a paracetamol for something like a headache and wondered how it knows where to get to? To a small drug molecule, our bodies are one big maze and getting medicine to the right ...